This site uses cookies to enhance your website experience.
By continuing to use this site, you are agreeing to our use of cookies.
OK
News
News
News and Events 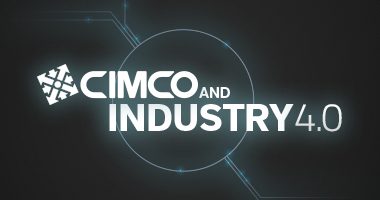 To say we have seen a rise in the needs for middleware in the evolving smart manufacturing/Industry 4.0 landscape would be an understatement – software glue is in short supply.

As you might have guessed, there is no magic box for Industry 4.0. It is and will be a concept like True North in the Toyota Production System – a journey, not a destination.

Along the way, we’ll understand that connecting various systems is hard work, and many unique challenges will be faced. We have legacy platforms, duplicate/conflicting standards, niche vendors, proprietary systems, hardware, and software. Due to this reality, we must get as good at this journey as Toyota did with TPS to truly be Industry 4.0 practitioners.

What is Industry 4.0, and where did it come from?

Industry 4 or I4 was a project to promote the computerization of manufacturing promoted by the German government in 2011. The phrase “Fourth Industrial Revolution” was introduced in 2015 by Klaus Schwab of the World Economic Forum via an article in Foreign Affairs. Defined on Wikipedia as:

The Fourth Industrial Revolution (or Industry 4.0) is the ongoing transformation of traditional manufacturing and industrial practices combined with the latest smart technology. This primarily focuses on the use of large-scale machine to machine communication (M2M) and Internet of Things (IoT) deployments to provide increased automation, improved communication and self-monitoring, as well as smart machines that can analyze and diagnose issues without the need for human intervention.

In this series, I will focus on the bottlenecks that sit between current systems and the desired outcomes of Industry 4.0. We’ll all need to prepare for and break those down to get very far in our journey:

Over the next several weeks, I will share the role that CIMCO Software and CIMCO Solution Providers like Managed Solutions play in this journey. CIMCO Software plays a unique and valuable role as Middleware.

Software that acts like a bridge between an operating system or database and applications, especially on a network.

Middleware.org (circa 2008) has an even better definition:

Middleware is computer software that provides services to software applications beyond those available from the operating system. It can be described as “software glue”.

To say we have seen a rise in the needs for middleware in the evolving smart manufacturing/Industry 4.0 landscape would be an understatement – software glue is in short supply. This may be due to how easy it is for companies to get tunnel vision and imagine a world where people only use their products and nothing else.

The reality is that technology has to be built in real-time to deal with each environment’s unique challenges. This is no longer a shadowy, mysterious world. This is every day with numerous companies seeking to build the next generation of their operations. CIMCO and our solution provider-led network of resellers are unafraid of this environment and here to act as your guide.

The original version of this article was first shared on managedsolutions.com.

Request a call / demo
Have one of our experts contact you for a one-on-one web presentation or Q&A.

Find local reseller
Our resellers provide the highest level of service to customers in their local language and time zone.

get started today
Most of our software products can be downloaded and evaluated free for 30 days.
Digital planning – planning the future with CIMCO Scheduler